The Man of Lawlessness Will Be Revealed

2 Now we ask you, brothers, concerning the coming of our Lord Jesus Christ and our assembling to him, 2 that you not be easily shaken from your composure, nor be troubled either by a spirit or by a message or by a letter alleged to be from us, to the effect that the day of the Lord has arrived. 3 Do not let anyone deceive you in any way, for that day will not come unless the rebellion comes first, and the man of lawlessness is revealed, the son of destruction, 4 who opposes and who exalts himself over every so-called god or object of worship, so that he sits down in the temple of God, proclaiming that he himself is God.

5 Do you not remember that while we were still with you, we were saying these things to you? 6 And you know that which restrains him now, so that he will be revealed in his own time. 7 For the mystery of lawlessness is at work already; only the one who now restrains will do so until he is out of the way, 8 and then the lawless one will be revealed, whom the Lord Jesus will slay with the breath of his mouth, and wipe out by the appearance of his coming, 9 whose coming is in accordance with the working of Satan, with all power and signs and lying wonders, 10 and with every unrighteous deception against those who are perishing, in place of which they did not accept the love of the truth, so that they would be saved. 11 And because of this, God sends them a powerful delusion so that they will believe the lie, 12 in order that all may be condemned who did not believe the truth, but delighted in unrighteousness. 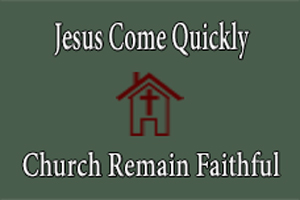